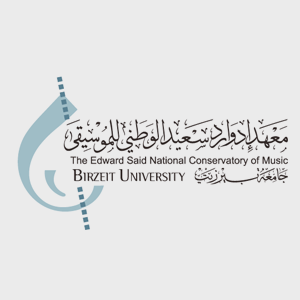 The Edward Said National Conservatory of Music is built around an ambitious vision of having a lively and creative musical culture in every Palestinian home. Founded in 1993 under the umbrella of Birzeit University Board of Trustees, the ESNCM has established itself as a national music institution with a mission to strengthen the Palestinian cultural identity through music. It aims to build music audiences and to make music a part of young peoples’ lives in addition to promoting its place in the community. Through its academic program and its supplementary activities including festivals, orchestras, productions, concerts etc., ESNCM has been instrumental in championing the place of music in Palestinian culture. More than 1600 students are enrolled currently in ESNCM’s five branches in Jerusalem, Ramallah, Bethlehem, Nablus and Gaza as well as the outreach program in different areas.